Bursting reports after a Schema load 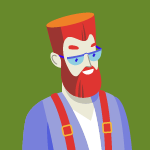 I think it would be great for us to have an ability to burst/schedule dashboards to run after the schema load is successful rather than scheduling the dashboard to run at a very specific time.

Suppose, we schedule a schema load to start at 08:50 AM (Usually takes around 2-3 min) and then we schedule a report based on this schema to run at 09:00 AM. We come across the situations, where the report is sent but the schema load isn't finished due to various reasons. This requires us to manually resend the dashboard. So, I think scheduling the reports with similar background to burst after the successful completion of the load instead of running at a specific time would be great.

I understand that this suggestion is very vague, but any steps in this direction would open up many doors for scheduling/bursting.

This is a great idea - you should also be able to define what "successful" means ( e.g. if the load is successful but there are n rejected records don't trigger the dashboard burst ).

@srini_ch - As a first step, you will see us provide a set of API's that will make these workflows easier to manage. Some of the planned API's include