Don't attempt to shorten values in the upper hundreds 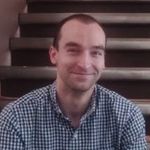 Incorta will try to shorten values, but values between 500 and 999 are "shortened" to something like 0.534K, which is longer than if 534 was just used instead. You can see in the screenshot below that the bar and axis value has examples where the "shortening" isn't any shorter than it would be if the full value was used. This is an example where the Number Format for the Measure column is set to No Format. It behaves in a similar manner for the Decimal and Rounded settings.