This website uses cookies. By clicking Accept, you consent to the use of cookies. Click Here to learn more about how we use cookies.
Accept
Reject
Incorta Community Community
Docs Learn Support
HelpSign In LogIn
Turn on suggestions
Auto-suggest helps you quickly narrow down your search results by suggesting possible matches as you type.
Showing results for
Search instead for
Did you mean:

KailaT
Community Manager
Options
Incorta Release 2022.8.0 is now available for new cloud trials and new clusters.
For customers upgrading from prior versions, please log a support ticket to schedule the upgrade.
You can get the full release notes here.

In the 2022.8.0 Cloud release, Incorta introduces more flexibility to rearrange and resize insights on a dashboard. Also, Incorta now enables you to add more information to the insights using the new Tooltip tray in the Analyzer.

In addition, more enhancements and improvements are introduced in other modules, such as the Schema Diagram Viewer and the selector components, giving you more interactivity with the information displayed in those dashboards.

In addition to the new features, there are other enhancements and fixes.

You can freely resize the insights in the following ways:

For more information, refer to the documentation for each visualization.

From the Component SDK Marketplace, you can add this optional external component to dashboards. This Numeric Range Slicer is a list or range selector created in the Analyzer. When creating your range slicer, in the Analyzer, you select one or more distinct date or numerical values from a dimension column. The selector will be displayed in the dashboard and act as a visual filter on the dashboard. Applying changes to the selector will filter applicable insights based on the selected dimension value(s).

In addition to the new features and major enhancements mentioned above, this release introduces some additional enhancements and fixes that help to make Incorta more stable, engaging, and reliable. 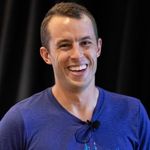